Welcome to Legendary®: Buffy the Vampire Slayer! Big Bads like The Master, Angelus, and Glorificus command a mob of Demonic Villains, planning dark Schemes to wreak havoc on Sunnydale, home of the Hellmouth. Only you can stop them by leading Buffy and the rest of the Scooby gang.

In this game for 1-5 players, each player starts with their own deck of basic cards. At the start of your turn, you play the top card of the Villain Deck for Villains to invade the Sunnydale, capture Bystanders, and create special events. Then, you play Hero cards from your hand to generate Attack, Recruit Points, and special abilities. You use your Attack to defeat Villains. You use Recruit Points to recruit better Heroes for your deck.

Whenever your deck runs out of cards, you shuffle your discard pile to make a new deck, including all the new Heroes you recruited. This way your deck gets stronger and stronger over time. Build up enough Power, and you can defeat the Big Bad! But be careful: If the players don’t dispatch the Big Bad quickly enough, then the Baddies will complete their nefarious Scheme and win the game for forces of darkness! 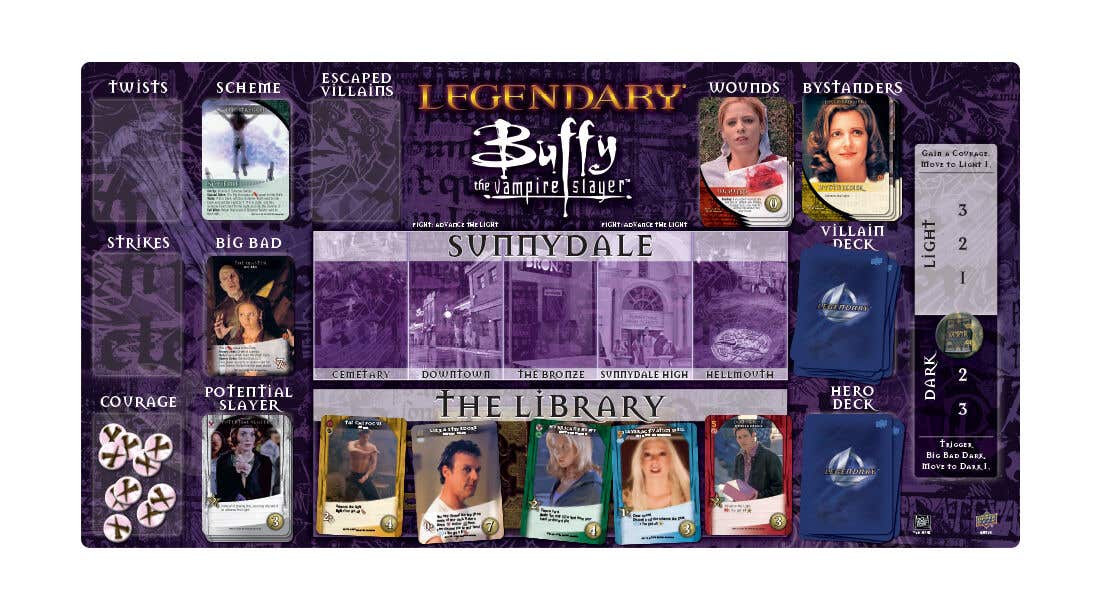 Players must work together to attack the evil Big Bad successfully four times. If they do this, then the Big Bad is beaten once and for all, and all the players win the game for the forces of good! In addition, defeating Villains and rescuing Bystanders earns each player Victory Points. After the Big Bad is defeated, the player with the most Victory Points is the best slayer of all and the individual winner.

How the Evil Big Bad Wins:

Unlike other games, Legendary®: Buffy the Vampire Slayer fights back against the players! The Big Bad, like The Master or Angelus, isn’t played by a player. Instead, the game itself plays the part of the Big Bad. Throughout the game the Big Bad works to accomplish an evil Scheme. Every Scheme card has a part that says “Evil Wins,” which tells you how the Big Bad completes their Scheme. If the evil Scheme is completed, then the Big Bad wins the game, evil reigns and all the players lose! 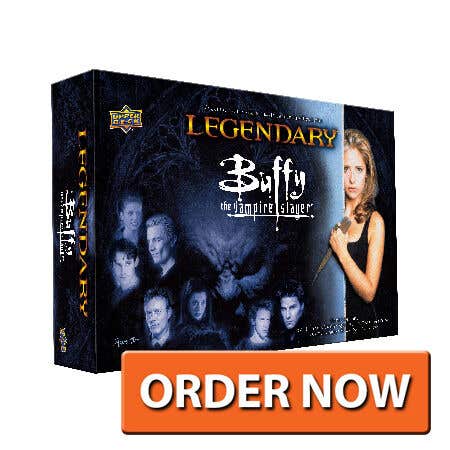