Legendary® Encounters: A Predator™ Deck Building Game is really two games in one: You can play as humans working together to escape and fight off the Predator. Or your group can play as Predators competing to hunt humans and earn the most Honor. You can mix both Legendary® Encounters games in order to play as Predators hunting the Aliens™! You would play on the Aliens™ board, pick a location from the Aliens™ game, choose Aliens™ Objectives and more! See Rulebook for details. If you’re feeling extra adventurous, there are even more ways to mix the games, such as playing as Predators and hunting a mix of Human Prey and Aliens™. Or you could mix in Marvel Legendary® cards for even more craziness. Have fun!

Game Contents: Rulebook, game board and 700 cards (cards listed below) 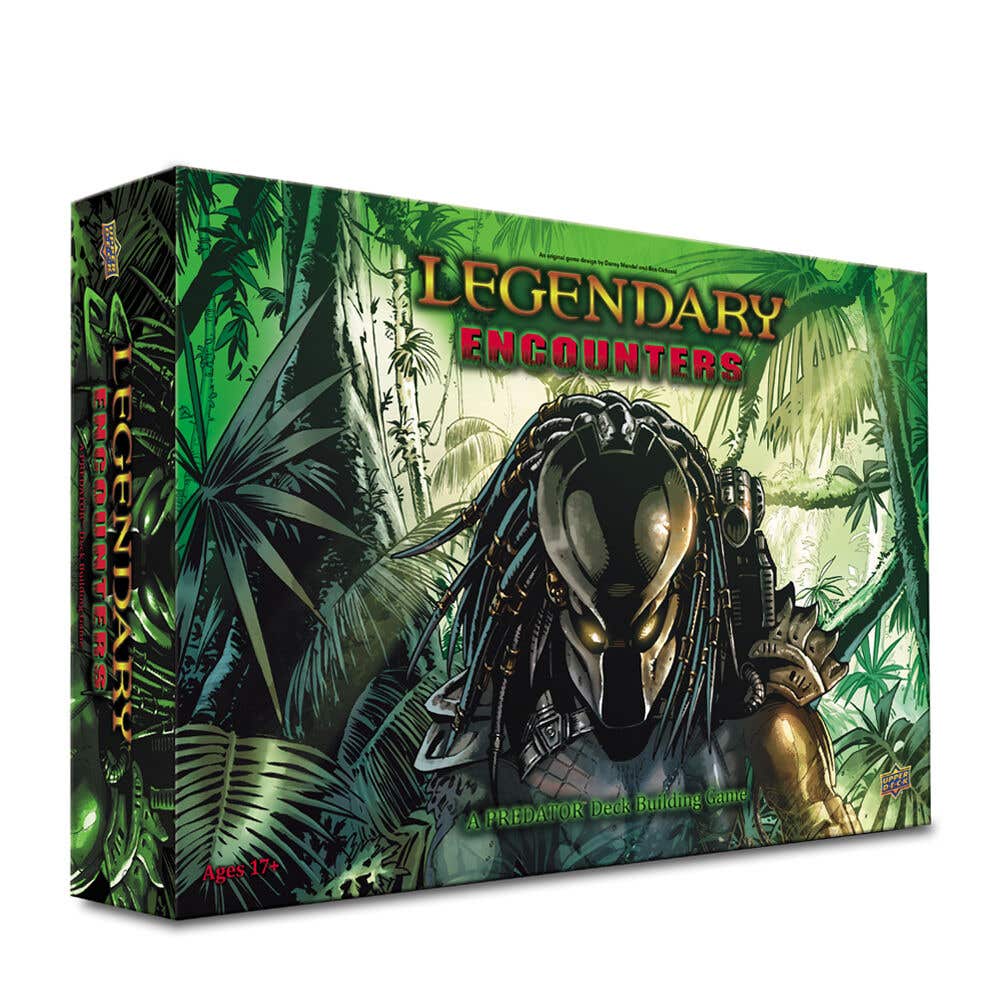 In this fully cooperative mode, 1-5 players each start with a Role such as Tracker or CIA Agent and a deck of basic cards. At the start of your turn, take a card from the Enemy deck and place it face down on the board to show how a Predator is stalking you in the Wilds. Then play cards from your hand to generate Attack, Recruit Points, and special abilities. You’ll use Attack to drive off the Predator or reveal face-down cards in the Wilds. You’ll use Recruit Points to gain new cards for your deck. At the end of your turn, if there are any Predator cards in the Combat Zone, you’ll draw Strike cards and take damage. Whenever your deck runs out of cards, shuffle your discard pile to make a new deck, including all of the new characters you recruited. This allows your deck to get stronger over time. But beware – the Enemy deck also grows in power. You’ll face tougher enemy cards until the Predator finally appears for a final battle. Players must work together to complete three Objectives such as “Locate and Wipe Out the Guerrilla Camp” or “Set Up a Defensive Position.” As the game progresses, the Predator will attack and wound the players. If a player takes damage equal to or greater than their health, then the player dies and is out of the game. If all the players die, then the Predator wins. But if even one player survives to complete the final objective, the players win. 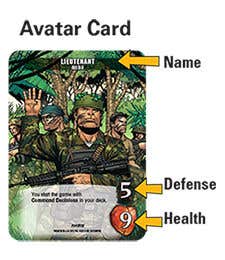 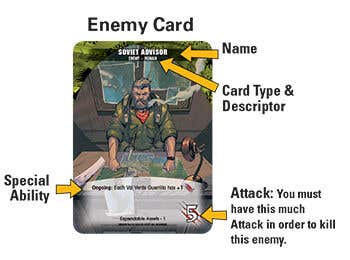 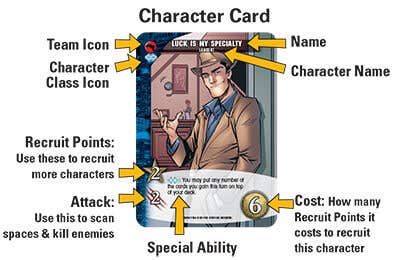 In this fully competitive mode, the basic game mechanisms are the same: 1-5 players each start with a Role such as Elder Hunter or Jungle Hunter and a deck of basic cards. Each turn, you’ll add a card from the Prey deck to the Wilds. You’ll also play cards to generate Attack and Recruit Points, and at the end of your turn, any Prey in the Combat Zone will strike you. However, there are several differences: Prey enter play face up (Predators are good at spotting their prey). There are no Objectives to complete; instead, you’re trying to kill Prey and pass Tests to earn the most Honor. Some Prey will equip Gear cards to become more dangerous, and if you’re not careful, you might find yourself in a Trap. Finally, some cards allow you to strike and possibly kill a rival Predator (and then you can add him to your Trophy Room).