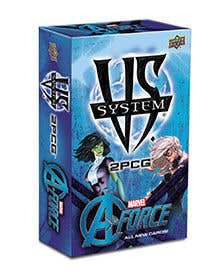 Vs. System® 2PCG® is more than just a head to head battle of two armies. It is an ever evolving war where a lead or advantage can change with a single card. This is at the heart of every Plot Twist and Vs. System® 2PCG® A-Force brings some new Plot Twists with that very idea in mind. VS System® 2PCG®: A-Force Features: All new playable content based on Marvels A-Force, Same style of gameplay as core set, 200 playable cards, Streamlined game design, New “Low Barrier of Entry” for New Players NOTE: Requires the VS System: The Marvel Battles Set to play.

Welcome to the rebirth of the Vs. System! Over a decade ago the original Vs. System let you simulate epic superhero battles. Now the game’s back and better than ever! In this box you’ll find four teams: The Avengers, X-Men, Guardians of the Galaxy, and of course, the Super Villains. You and your friends can play each team against each other, or you can mix and match characters to create the ultimate crossover. 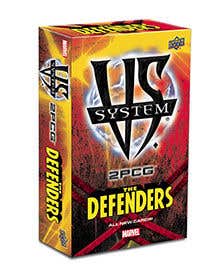 VS System® 2PCG®: The Defenders

The new Marvel VS expansion introduces The Defenders and The Underworld teams! The characters in VS System® 2PCG®: The Defenders can have different versions on each team. For example: Daredevil and Dr. Strange can be Defenders as well as Avengers. Note: the characters team affiliation does not affect "Powering Up". Plot twists can be played at a choice number of times - just follow the appropriate text. When it comes to Protection - your face-up front row characters protect your face-up back row characters. Some effects say to "wound" a character - which starts a wound counter on the character. However, this does not stun a character.

What is the Vs. System? 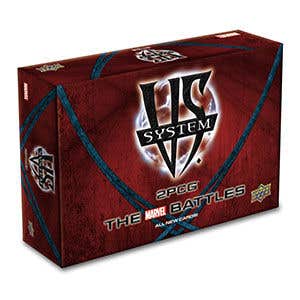 The Vs. System is a card game where 2-4 players each build a deck of Characters, Plot Twists, and Locations, and try to knock out their opponents. Each Vs. System set comes with a full playset of cards so you’ll have everything you need to play the full game right out of the box. If you never played the original Vs. System, don’t worry: You’ll pick it up fast. And If you’ve played original Vs. you’ll find that some parts of the game have been streamlined or changed in order to make it easier to learn, faster to play, and more fun to battle.

Each player starts with a Main Character such as Iron Man, Star-Lord, or Thanos. During the game you’ll play resources and recruit Supporting Characters. You’ll organize your formation between your Front and Back Rows, and you’ll make solo and team attacks against your foes in order to stun and KO them. You’ll play Plot Twists to enhance your team or hurt your opponent’s. You’ll use your Locations to activate your team’s Super Powers. Your Main Character will earn Experience Points and Level Up to dominate the battlefield. Finally, you’ll KO your opponent’s Main Character (or they’ll KO yours). 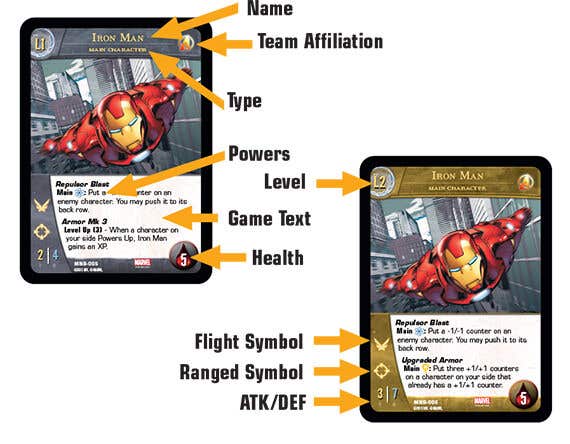 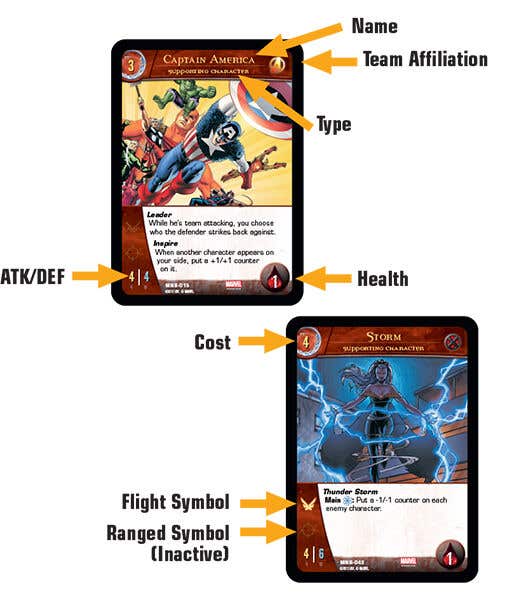 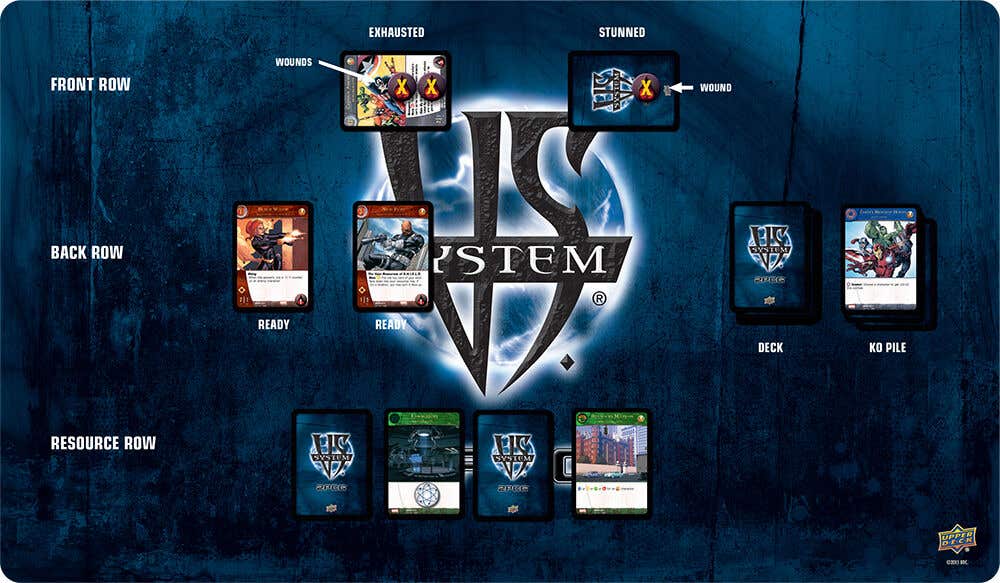