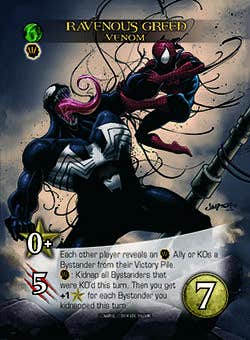 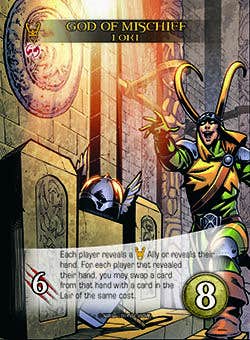 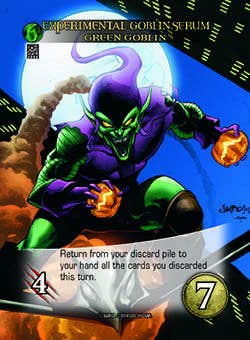 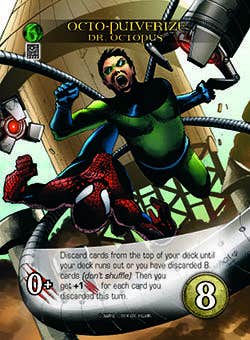 Welcome to Legendary® Villains: A Marvel Deck- Building Game! In this game, you’ll lead Marvel Super Villains like Loki, Magneto and Dr. Octopus to smash Super Heroes and dominate the Marvel Universe! The only thing in your way is the game itself fighting back against you, with powerful Commanders like Nick Fury and Professor X leading terrifying adversaries like Hulk, Thor and Wolverine!

If You Have Played Previous Marvel Legendary Sets

This set uses the same fundamental rules as other Marvel Legendary™ sets, but with a sinister twist: The players are now evil Villains working to smash the forces of Good! • This set is fully compatible with previous Marvel Legendary™ sets. The sets are designed so that you can mix and match Heroic sets and Villainous sets freely and there are cool combos between them. This Villainous set is also optimized to be played by itself as a standalone game. See pages 20-21 for the new terminology in this set and how to combine it with other Marvel Legendary® sets. • Instead of S.H.I.E.L.D. Officers, you can now recruit Madame HYDRA and New Recruits, which work differently than S.H.I.E.L.D. Officers. See pages 14-15 for details. • This set includes four new Keyword Abilities: Demolish, Dodge, Elusive, and X-Treme Attack. See pages 13-14 for details. • Instead of Wounds, this set features Bindings, which work differently. See page 15 for details.

In this game for 1-5 players, each player starts with their own deck of basic “Ally” cards. At the start of your turn, you play the top card of the Adversary Deck, showing how Heroic Adversaries enter the city, guard Bystanders, and create special events. Then you play Ally cards from your hand to generate Attack, Recruit Points, and special abilities. You use the Attack you generated to defeat Adversaries. You spend Recruit Points to recruit more powerful Allies, storing them in your discard pile.

Whenever your deck runs out of cards, you shuffle your discard pile to make a new deck, including all the new Allies you recruited. This way your deck gets stronger and stronger over time. Build up enough Attack and you can defeat the powerful Commander of the forces of Good! But be careful: if the players don’t defeat the Commander quickly enough, then the Commander will complete their Plot and win the game for the forces of Good, causing all the Villainous players to lose!